Notice: Trying to access array offset on value of type bool in /home/myhomeim/mhiroofing.com.au/wp-content/plugins/seo-redirection-premium/custom/lib/cf.SR_redirect_manager.class.php on line 83
 How to prevent common problems with Klip-lok Roofs - MHI Roofing
07 3808 0710 info@myhomeimprovements.com.au

How to prevent common problems with Klip-lok Roofs 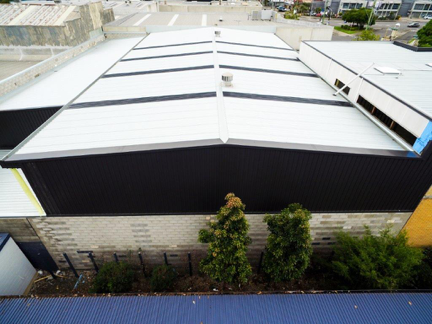 Klip-lok roofs are fairly common, but they can present a number of unique problems that property owners should be aware of.

If not installed or worked on correctly, you could end up facing some seriously tricky roof repairs in the long run.

As a Licensed Builder and all-round roofing guru, Greg Catton from My Home Improvements has installed and repaired Klip-lok roofs all over Brisbane and Queensland.

In this article, Greg explains the importance of ensuring your Klip-lok roof is installed correctly and how to identify potential problems before they get troublesome to deal with.

What exactly is a Klip-lok roof?

Klip-lok roof sheets are specifically designed for flat roofs, between 0 – 1 degrees in incline.

Unlike a traditional metal roof sheet, Klip-lok sheets are fixed with clips from below, instead of screws from above.

The concealed fixings on Klip-lok roofs offer superior watertightness compared to traditional screw-fix roofs. Think about it – every screw fixing on a roof is a possible source of leakage and corrosion over time.

There are many manufacturers of Klip-lok roof sheets and some have different names for their sheeting, such as Topdek (Stratco) and Spandek (Lysaght).

Klip-lok roofs were commonly used on homes and commercial buildings around 40 years ago. However, they have recently seen a resurgence in trend.

The sheets are made up of ribs and pans, as shown in the image below. 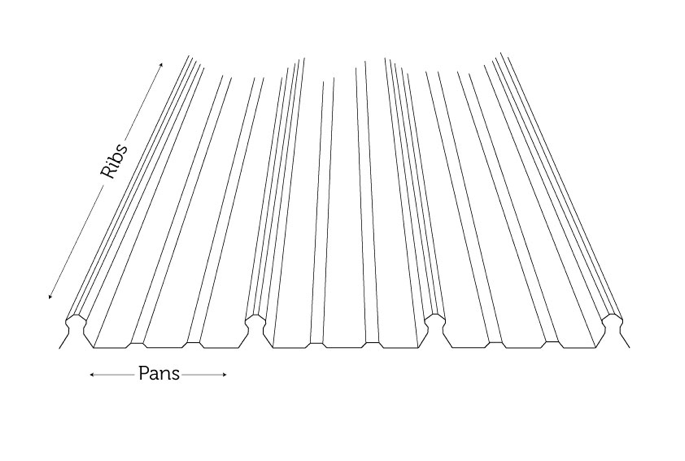 The pans of Klip-lok roofing sheets are very wide compared to corrugated iron.

The profile of the ribs is what gives the sheets high tensile strength, so the purlins underneath which support the sheeting can be installed further apart

However, this means that anyone working on a Klip-lok roof needs to take extra care as to where they stand and walk on.

These days, Klip-lok sheets are made from really light, soft metal which is easier to rollform, unlike back in the good ol’ days when using .6 thick steel was the way things were done.

Today’s softer metals are much easier to damage when walked on.

So when you stand on an area of the roof that’s not supported by a purlin, you can cause the roofing sheets to stretch and bow. This in turn allows water to pool in the bowed sections of the roof and this leads to surface rust. And let me tell you, surface rust is a bloody nightmare.

A dodgy roofing contractor who doesn’t take care when standing on your roof, or just doesn’t know enough about Klip-lok roof profiles, can cause some serious lasting damage.

If you think you might need some roof repair work done on your Klip-lok roof or are considering getting a roof replacement, here’s a couple of things a reputable roofing contractor can do to prevent the issue of water pooling.

Additional purlins – this will give the roofing sheets extra support and reduce the amount of unsupported area that shouldn’t be walked on.

Most Klip-lok suppliers will recommended a span of 2.2m between purlins, however this span can definitely be reduced depending on the size of your roof. The more purlins, the more support there is for walking on the roof sheets.

Use a thicker Base Metal Thickness (BMT) – Klip-lok roofing sheets come in all different thicknesses. Many roof repair companies will quote on using thinner sheets to reduce costs and most home owners would be none the wiser.

The recommended spec for most brands of Klip-lok is to use .42 BMT, however from my experience, I usually quote on using .48 BMT. This additional thickness will significantly increase the longevity of your roof. 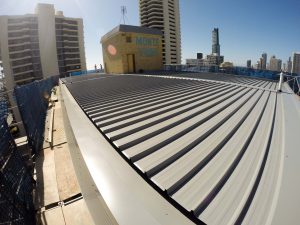 Anything that protrudes from your roof is called a “penetration”. For example –  vent pipes, fireplaces and sky lights.

It’s very important that when installing penetrations on a Klip-lok roof, they come up through the middle of a rib and NOT through a pan. This is because pans are positioned lower than ribs and this is where water will want to sit when it rains. So any penetrations placed in a pan are more likely to leak. It’s much better for a penetration to stay high ‘n dry up on the ribs.

In addition, penetrations that haven’t been sealed properly on a Klip-lok roof are a major cause of rust. Some roofing contractors use silicone to seal around a penetration which just isn’t effective at all.

When a penetration is wide (eg, for a skylight) the situation is made worse. It can mean that the sealed area spans right across the pans between ridges, creating a permanent mini swimming pool in each pan.

When it rains, you get a build up of water pooling around the silicone seal on the penetration. This essentially prevents the water from flowing down off the roof like it’s supposed to.

The good news is – there IS a highly effective way to seal penetrations on Klilp-lok roofs. The solution is to use dry pan flashings.

In the image below, you can see an example of a penetration on a Klip-lok roof that is not covered by a dry pan flashing. This was causing major leaks. 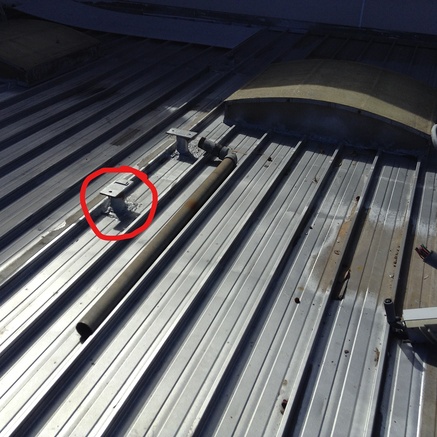 In contrast, the image below shows an example of a newly installed dry pan flashing on a Klip-lok roof which had previously been riddled with surface rust.

When rain falls on the dry pan, the water simply runs off into the sheet pan either side of the dry pan flashing. Like magic!

Believe it or not. I’ve actually been called out to inspect some leaking Klip-lok roofs and found that previous roofing contractors have left exposed screws when doing repair work.

The whole point of using Klip-lok is to use clips and avoid the use of screws!!!!

I’ve also seen Klip-lok roofs that have had solar panels installed using…you guessed it…screws. The image below shows a solar panel on a Klip-lok roof which hadn’t been screwed in properly. This was causing leaks and all sorts of misery for the property owner.

Any hole in a Klip-lok roof allows water to get in more easily compared to a pitched metal roof. So drilling and using screws on a patch repair job or some kind of installation will render the roof incredibly prone to leaks.

The areas around the screws will also start to rust when exposed to water. This can get particularly nasty when a property is located close to sea water.

Solar panels CAN be installed using specialised mounting brackets, so nothing needs to be drilled through the sheeting.

Same goes for repair work – there’s no reason to ever leave behind exposed screws on a Klip-lok roof. Fixing clips should be used instead.

If you’ve got a Klip-lok roof that leaks, check to see if there’s any areas on the roof that have holes or screws sticking out. I can almost guarantee that will be the cause of your leaks.

Check with any roofing contractor before they do any work on your Klip-lok roof – if they’re planning on using screws, tell them to take a hike.

Having issues with your Klip-lok roof? Talk to us!

My Home Improvements have 20 years experience as roofing contractors.

We’re experts at repairing and replacing Klip-lok roofs. So much so, we’re often called in to fix up the mistakes of other contractors.

If you would like more information about Klip-lok roofs or roofing work in general, My Home Improvements would be happy to help. Simply click here to contact us.